In response to the Covid-19 pandemic, since the 20th April 2020, all UK employers have been able to obtain a grant from HMRC to cover 80% of the wages costs of employees who are not working but who are kept on the payroll up to £2,500.00 per month per employee.

Those employees have been “furloughed” meaning that they have been put on a period of leave during which they are not required to work.   The Scheme was back-dated to the 1st March 2020 and was initially extended to the end of June 2020.

As of the 12th of May, 7.9 million employees have been furloughed and, to date, £10.1 billion has been claimed under the Coronavirus Job Retention Scheme.

Insofar as employers are concerned, they must agree in advance the change to furloughed status with any employee who they intend to furlough. This is because most employment contracts would not permit an employer to reduce an employee’s pay without agreement. Once the agreement of the employee has been obtained, then their new status, and evidence of their consent, must be obtained in writing, including confirmation that the employee will cease all work in relation to their employment before their furlough period commences.

Although the Chancellor announced an extension to the Coronavirus Job Retention Scheme to the end of October 2020 across all regions and sectors in the UK, it is unclear whether the employer will be required to pay the full 80% of the employee’s pay from August or whether they will be able to reclaim a portion of the furlough pay under the Scheme.  A further update from the Chancellor is to be made available by the end of May.

The extension to the Scheme has clearly been devised to prevent a wave of job losses over the summer period but, at the present time, 7.5 million workers are having their wages paid by the Taxpayer.

It remains to be seen whether this Scheme will still prevent a huge rise in unemployment when it finally comes to an end. 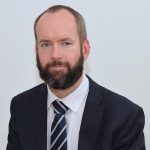