Parenting in a Pandemic?

The Coronavirus pandemic has seen an unprecedented impact on all aspects of our life. Changes have had to take place almost overnight to stop the spread of a dreadful and unrelenting virus. This has placed great strain on people’s work life, social life, mental health and wellbeing and family life including how to co-parent children for separated parents.

In late March 2020, when the government announced it’s social distancing and shielding advice and nationwide ‘lockdown’ of everything except ‘essential’ services, one of the first thoughts for many separated families was how they would co-parent in a pandemic? I did receive several calls from frantic families asking if they would be able to see their child who did not live with them for part of the week. It was unclear whether transporting a child between parents would be exempt from the lockdown so they might collect their child.

Unfortunately, Michael Gove did not help the initial confusion when he said live on Good Morning Britain that separated parents would NOT be allowed to travel between homes during the lockdown. Following a hastily arranged apology, the government amended their official guidance to say that parents could transport children between homes of separated parents. A completely sensible and proportionate decision which provided much relief for families.

In the main, families have tried to work together for the sake of their children, at least that has been my experience. There have been reported incidents of parents using the coronavirus pandemic and lockdown in order to frustrate one parent’s contact, which is very sad but almost inevitable.

The President of the family court, Sir Andrew McFarlane, has weighed in with comments about this and has warned offending parents, “If the parents are acting in a cynical and opportunistic manner, then that’s wrong, and the courts will regard it as wrong.”

What exactly will happen to a parent who is determined to have deliberately frustrated child arrangements due to coronavirus remains to be seen in the coming weeks and months.

A court would have to make a finding that a parent has done it deliberately to stop the other parent from having contact. Hopefully, potential offending parents will be deterred against such action and the words of the President of the Family Division. 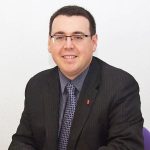