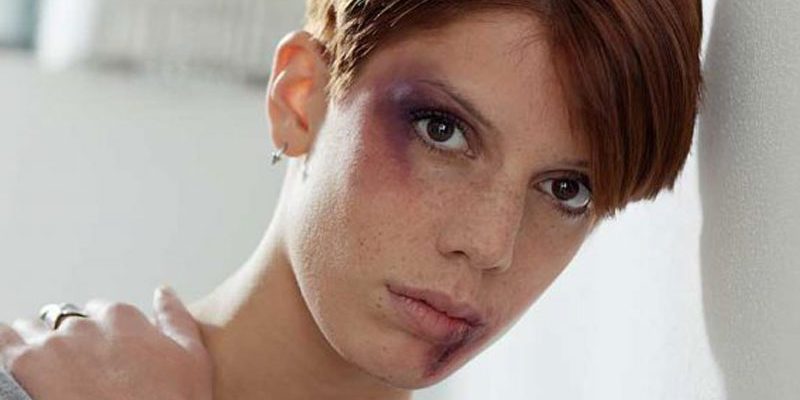 The event was aimed at any female who wished to attend and seek legal advice about domestic abuse in their marriage, their relationship and where children were involved.

The meeting was free of charge and was available from 9 am and 5 pm at both our offices in Cleveleys and Fleetwood, solicitors where on call during the day to offer advice on domestic violence and abuse. 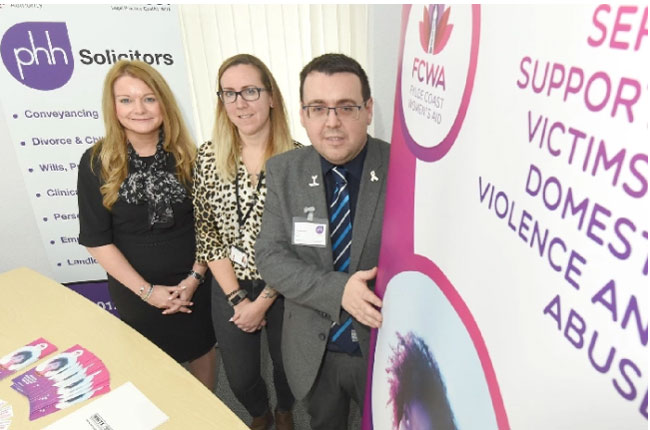 Nicola Dewhurst from Barker, Booth and Eastwood, Kathy Ridgway from Fylde Coast Women’s Aid, and Tom Harrison, a specialist domestic violence and abuse solicitor  were on hand to deliver free help and advice for women at the White Ribbon UK event.

White Ribbon UK is a charity that aims to end male domestic abuse against women, and associate director and children panel solicitor Tom Harrison organised the event as an ambassador for the charity.

Tom said: “Five brave individuals came along, which was absolutely fantastic. Clearly it was very difficult for them and others to attend and with it being so close to Christmas, some people may be concerned about causing issues in their home life with such an important event close by. That is something that I have thought about for future events.”

The event also included support, help and advice from Kathy Ridgway from Fylde Coast Women’s Aid, and Nicola Dewhurst from Lytham Road-based law firm Barker, Booth and Eastwood – who assisted PHH with any potential conflict of interests in cases to prevent the solicitors from having to turn anyone away. 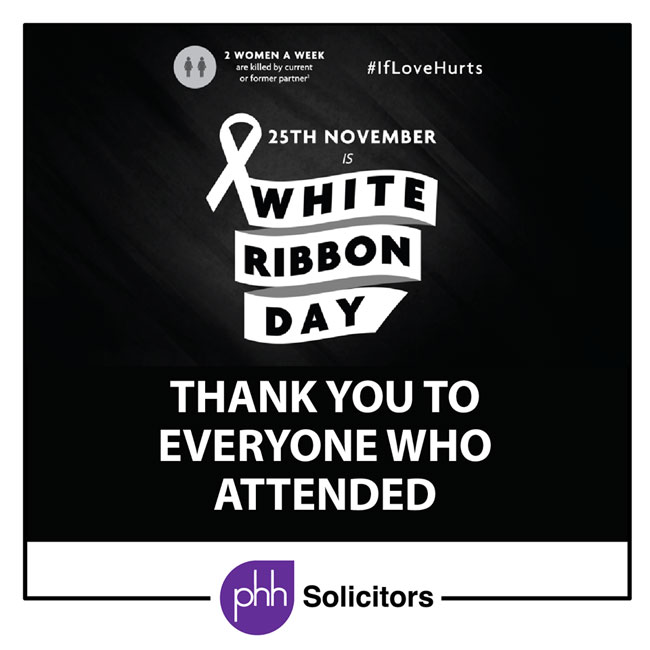 Mr Harrison aimed to bring awareness to the issue of domestic abuse against women, and said he felt the event had been a huge success.

Despite the charitable nature of the day, the initial announcement received some concerns from the public online, with accusations of sexism and “denial”‘ that men could be victims of domestic abuse too.

In response to concerns, Tom said: “Some of the comments were extremely disappointing, but not unsurprising and were indicative of why we need to raise awareness of this issue.

“I think quite a few people had not actually read the article properly before passing comment.” 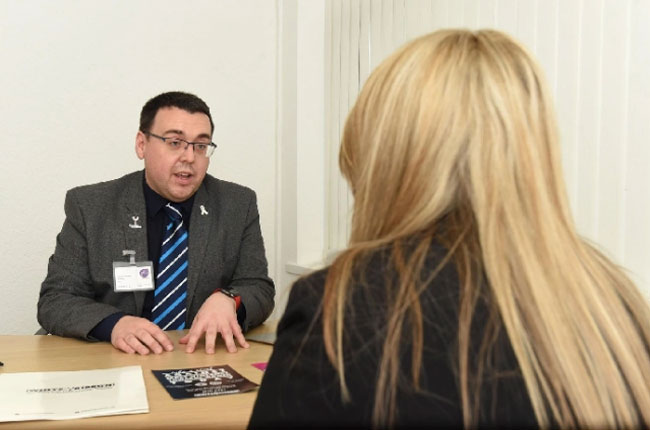 Tom Harrison said he was overjoyed to be able to help five brave women at the White Ribbon UK event at PHH solicitors.

We shall be holding a similar event for male victims of domestic abuse between January 13 and 17, the dates and times to be finalised during the New Year.

Domestic abuse is not limited by race, gender or sexual orientation and PHH Solicitors are more than happy to help anyone who needs advice about this issue.

White Ribbon UK was founded in 2005, and is part of the global movement to end male violence against women.

They work with men and boys to challenge those male cultures that lead to harassment, abuse and violence.

White Ribbon UK have numerous volunteer ambassadors acting as role models, who are continually engaging with other men and boys to call out abusive and sexist behavior among their peers and promote a culture of equality and respect.

Use the hashtag #makethepromise on social media.

PHH Solicitors offers free legal advice to all victims of domestic abuse, male or female, during its open hours on Tuesdays between 3pm and 5pm at our Fleetwood office and Saturdays between 10am and 1pm at the Cleveleys office. Please feel free to contact us for more details.